Small schools are punching above their weight throughout the county and nowhere is such  success more evident than in Clydagh NS, near Headford.
A recent celebration to bless the newest extension to the school building saw Archbishop of Tuam Michael Neary pay a visit to the 23 pupils and their teachers, where the achievements of all those involved in the new building were honoured. 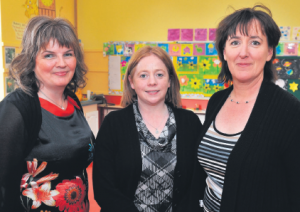 School Principal Eileen Gleeson thanked the children, her staff,the clergy and all the parents and grandparents who turned out to mark the occasion last week, where a bouncy castle and ice cream van were rich reward for the hard work put in by all the pupils in the
run up to the big day.
A new classroom, general purpose hall, office, kitchen, toilet and storage facilities have been provided at the school, where a strong tradition of art and sport is nurturing the next generation of the Clydagh community. 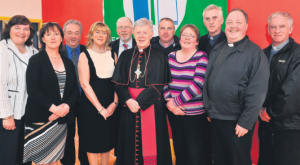 Despite its small enrolment, the school has produced three musicals in recent years; Joseph and his Amazing Technicolor Dreamcoat, Oliver and Willy Wonka’s Chocolate Factory.
“We’ve encouraged the children to express their confidence and musicality with these shows, as many of them have had multiple roles, due to our small numbers,” explained Eileen.
“It was certainly a challenge but that’s something we relish here in Clydagh NS.” 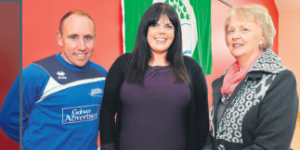 The school also has an impressive array of sports activities with children playing badminton, hockey, rugby, soccer, and table tennis, as well as swimming during the school year.
In his address to the gathering, Archbishop Neary congratulated everyone involved in the project, especially the pupils who provided musical entertainment throughout the ceremony.
“There is a very long and very proud tradition of schooling in this area and it is testament to the determination of the people of the area who have made this investment in the future of education in Clydagh,” he said. 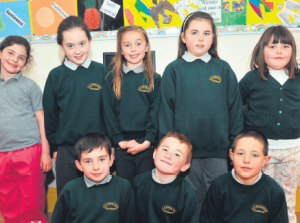 “I admire the tenacity and determination of this school, which has faced closure on a number of occasions down through the years but having taught Eileen Gleeson in Presentation College Headford many moons ago I am well aware of her leadership skills that have brought us to this splendid new facility.
“The foundation stone for the future has been laid with this extension and I offer you all my warmest congratulations.”
Brendan McNally, chair of the school’s Board of Management, said it was a delight and a pleasure to celebrate the official opening of the new building.

“The new extension ensures the community can be very proud of the facilities that are now available to the students and staff of Clydagh NS,” he said. 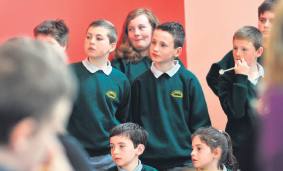 “The dedication of our teachers who believe in and have high expectations of their pupils means that our children are being nurtured to be loyal, confident and competent students when they leave here.
“The tireless work and dedication of our principal and her committed and talented staff are the reason we are here and I would like to thank everyone involved in bringing this project to fruition.”
In her address, Eileen thanked a number of local groups who had offered their support to the school down through the years and also thanked the pupils for making her proud to be their principal. 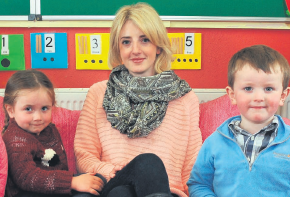 “Sincere thanks to the Board of Management for their unwavering support, as well as our consultant engineer PJ Newell and Oliver O’Connell and his late son Ivor who we remember especially on this day. To all the volunteers who helped make this day happen as well as the local fishing and gun and badminton clubs for their support.
I must also thank the Clydagh House Foundation for their financial support and of course to all my wonderful staff whose wealth of talent and professionalism is testament to all that we are doing here in Clydagh.” 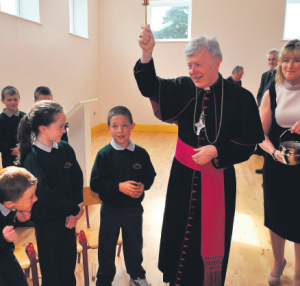 Archbishop Michael Neary gives a special blessing at the new school building watched by Eileen Gleeson, Principal and some of the pupils. 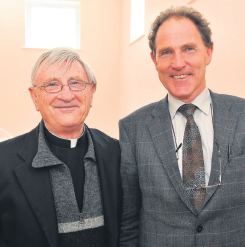 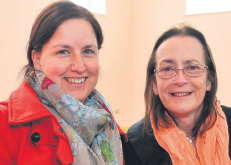 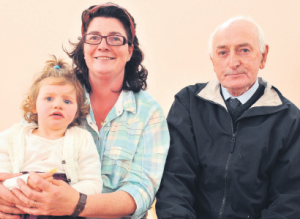 ANGELA Chapman with daughter Emma and her dad Thomas Murphy. 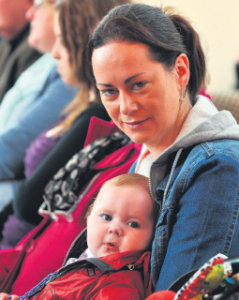 GERALDINE Mannion with her son Dara at Clydagh NS. 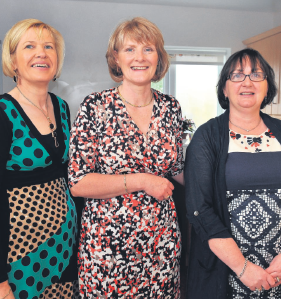 GERALDINE Egan, Martina Lee and Catherine Murphy at
the celebration to mark the new extension at Clydagh NS,
Headford.

School hours 08:50 - 14:30
4 km from Headford , Co.Galway
Near Kilbeg on the shores of Lough Corrib.
Turn right before Joyces hardware - Follow signs for Cargin church and Castle